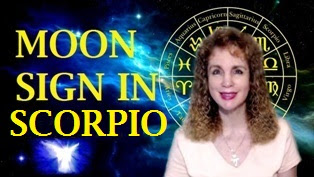 Hello Scorpio Moon! Your Love Angel is Barchiel. You enjoy intensely tumultuous relationships where vigilance is thrown recklessly to the wind. Fun, enjoyable, and amusing times are your pride; people who live by their wits are your tribe, making promises to others that actually come true is your bribe. You neither want to have to “control” yourself when it comes to emotional relationships nor do you want to hear tranquil assertions to be peaceful or mindful for you want your romantic interests to be frantically in-need with you thus creating desperate romances and distressed friendships like no other! Your life is your great secret not up for discussion by others. Scorpio Moon possesses superb instincts albeit always attempting to hide them behind a daunting pretense meant to keep others at bay. I’m Pastor Rosemary, The Astrology Angel thank you for joining us!


All rights reserved.
Posted by Unknown at 9:36 PM No comments: